A year out – are we any clearer on Brexit? 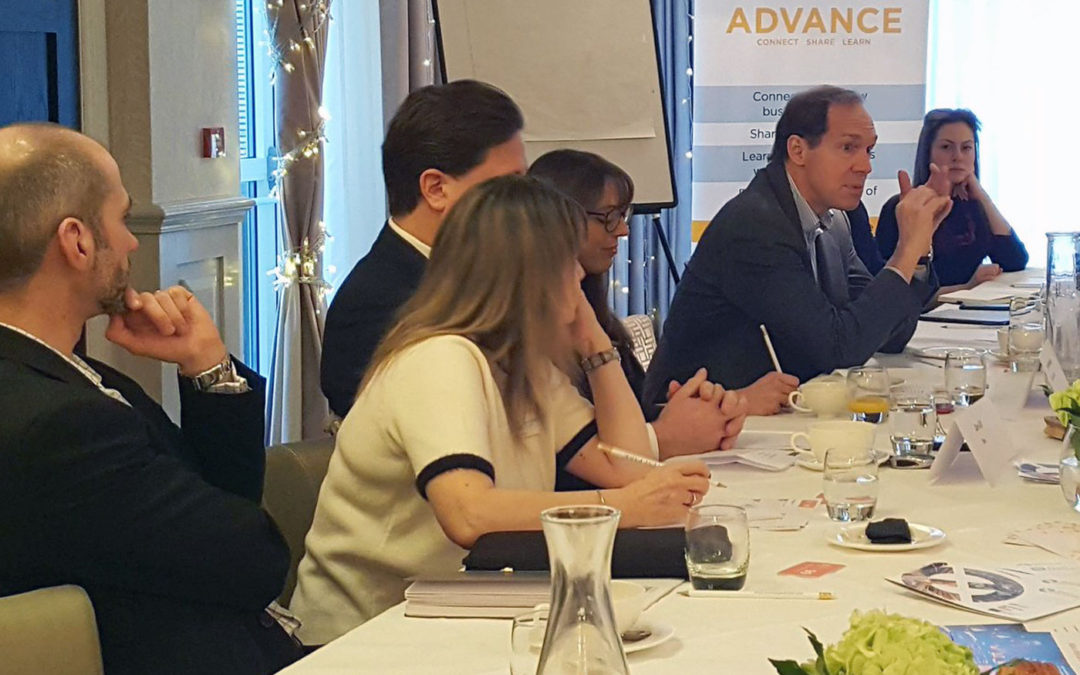 Did you know it’s just over a year until Brexit?

Cicada director Richard was in the chair and asking the questions at the West Park hotel, Harrogate as the Institute of Directors (IoD) staged the latest in a series of Brexit-themed round table debates.

The event coincided with the disclosure of new estimates by government officials that showed UK regions which backed a Leave vote would be most detrimentally hit by Brexit (although these figures are disputed).

It was a lively session with strong opinions on all sides. The panel of experts included two prominent Leave campaigners: Tim Dewey, chief executive of independent family brewer Timothy Taylor’s and Christine Smith who co-ordinated the Leave campaign in West Yorkshire.

When asked for their predictions about what might happen come March 2019, Christine Smith said that “no deal” was likely as the “silent majority” in the UK would pressure MPs.

Dan Gill said he was frustrated at the lack of clear information but remained optimistic that more facts will become available to enable clearer decision making.

Tim Dewey said “something dramatic” will happen before next March and didn’t rule out another General Election.

Victoria Boldison agreed that matters would become clearer as we understand what a transitional phase will look like while Margaret Wood said negotiations should focus on what is right for UK business to prosper.

Although the IoD did not take a stance in the referendum, surveys of members found that most were in favour of remaining, with the majority saying they valued access to the single market and skilled European workers.

Uncertainty is the immediate issue. IoD figures published this year showed that just under half (46%) of members currently feel unable to plan for Brexit because of the lack of clarity regarding the shape of our future relationship with the EU.

Talks are now focussing on future relations after Brexit. These are likely to focus on the terms for a ‘transition period’ of around two years. IoD director general Stephen Martin wants the government to secure a ‘business-as-usual’ transition period to allow firms time to prepare and plan for Brexit, as well as providing certainty for investment decisions to carry on as normal for as long as possible.