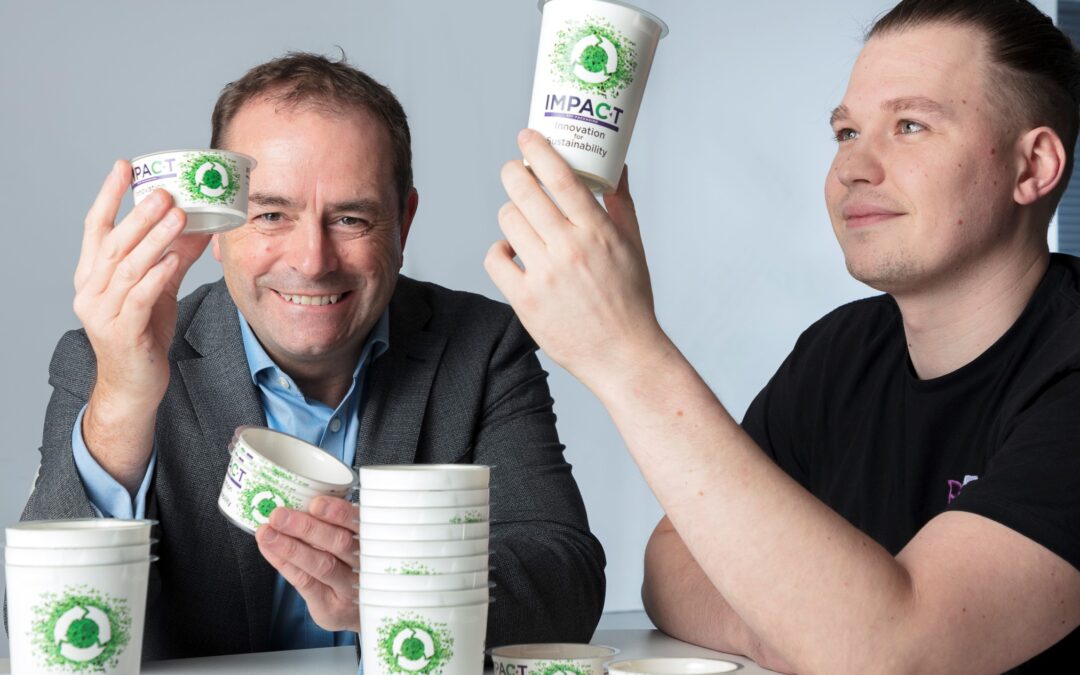 Developed in partnership with German manufacturer Illig Gmbh, the thermoforming system –was transported to the UK on five vehicles and is the first of its kind in the world.

It will be used to manufacture PFF’s fully recyclable, food-grade packaging concept, IMPAC-T, which was launched in response to increased demand from food manufacturers for reduced plastic in packaging.

Illig is Europe’s leading designer, developer and manufacturer of advanced, high-performance thermoforming machines. PFF challenged Illig along with its own technical team to design a precision engineered system to produce its unique rPET hybrid pot with a card wrap in a single process. This in turn offers a large reduction in overall carbon footprint of the product.

A joint project between PFF Group and Illig Gmbh, PFF’s development team was led by CEO Andy Bairstow. He said: “IMPAC-T is a technological breakthrough for the manufacture of food-grade packaging in the UK. As a business, our core values are innovation, sustainability and creativity, and this system meets each of these attributes, it’s been fantastic to see both companies work closely together to deliver the project.

“PFF’s bold strategy to invest in advanced technology once again demonstrates our commitment to the complete recycling process. Using rPET gives industries like the dairy sector an opportunity to switch from traditional polypropylene to circular economy packaging.

“Our IMPAC-T product has the potential to revolutionise not just dairy, but all other food sectors where sealed-in freshness is essential and where reduced plastic and lower carbon footprint are sought after by consumers.”

Matthew Revels, sales and marketing manager at Illig said: “We took on this exciting development project in partnership with the team at PFF nearly two years ago and this week we have the pleasure of consigning this brand-new technology to the UK market. This partnership between Illig and PFF has proven highly successful through each stage of the design and development process. It has produced a strong working relationship between the two teams and established sound foundations for future development projects which are already in place to meet the demands of the ever-changing packaging market.

PFF Group’s packaging and health divisions are members of Made in Britain, an initiative which champions UK manufacturing.