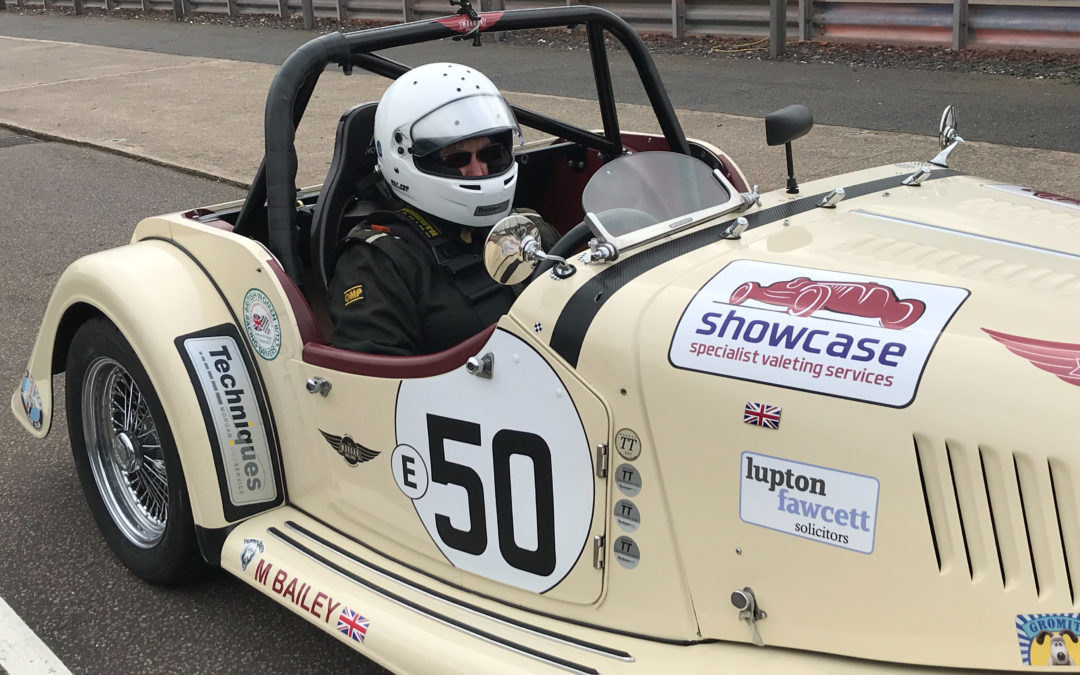 Our client Michele Phillips, corporate lawyer at Lupton Fawcett talked to the Yorkshire Post about her passion for Morgan sports cars.

My passion for Morgan cars started after my husband Chris and I, not long married, went on a tour of the Morgan factory in Malvern. In February 2000, we took delivery of our first and brand new Morgan – a Plus 8 in dark blue which we called Max and still have almost 20 years later. We have been on holidays all over Europe in Max and taken trips around the UK including Scotland, Cornwall and Yorkshire.

Chris has always been into cars and our love of motorsport developed after Chris helped with marshalling at a Morgan event at the Curborough circuit near Lichfield. After that, we bought an older Morgan for competing – a red 1996 Plus 4 which had to be called Rudolph!

So in 2007, we started competing in sprint and hill climbs. This is when you are against the clock and it’s very exciting. We have done hill climbs at Harewood near Leeds and Oliver’s Mount in Scarborough. We compete every year at Shelsley Walsh which is the oldest motorsport venue in the world.

We replaced Rudolph three years ago with another Plus 4, this time a 2008 ivory coloured one which we sprint and hill climb in. We called it Buzz after a very close friend of ours who died of cancer at the time that we bought it.

In 2012, I was asked to become chairman of the Morgan Sports Car Club which was a huge honour. The club has over 5,000 members worldwide and I was the second ever female chairman, and the first chairman to go racing.

In 2014, we bought another ivory Plus 4 and started circuit racing. This Morgan is called Gromit (after the colour of the Gromit the dog in Wallace and Gromit) and it is my favourite car (at the moment).

We spend most of our weekends out and about in the cars and love attending events and competing. It’s a complete release from work and enables me to switch off and relax. We have met so many people on our trips and had some great adventures. I plan to race at the F1 circuit in Spa, Belguim in 2020 – it will be fantastic to race there, and a big tick on the bucket list.

Once a year, Chris and I race each other at the Bentley Drivers Club event at Silverstone – I’m in Gromit and he’s in a 1966 Morgan called Ringo. I’m pleased to say I beat him again this year!

We have lots of trophies and silverware at home, collected over the years from competing, but taking part is what we enjoy – it’s great fun.