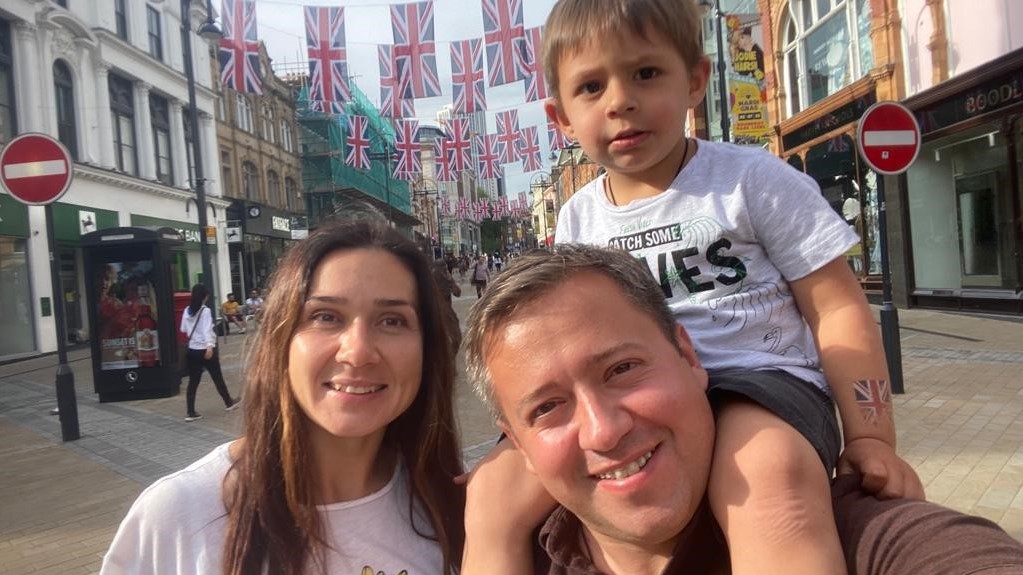 A Ukranian entrepreneur who fled when Russian forces invaded his homeland is to launch a vodka and sunflower oil import business after finding a new home in North Yorkshire.

Fedir Haidai undertook an epic 14-day journey across Europe with his wife Katya and three-year-old son Misha after finding a sponsor family in Harrogate through the Homes for Ukraine scheme.

Cicada shared Fedir’s story with media after he joined the North Yorkshire branch of the Institute of Directors (IoD) to forge new connections and support as he restarts his business journey.

He said: “I was on a business trip to Kherson in February when we heard that Russia was assembling soldiers, tanks and military equipment around 100km away. I spoke to my wife in Kyiv and said we must go now.

“She left work, picked up our son from nursery and a few belongings from home. We crossed into Moldova where we were able to stay with friends. A few hours later we watched on TV as the invasion started.

“My parents are still in Ukraine and I am afraid for them.”

Fedir was forced to abandon two successful businesses that employed 30 people in Kyiv.

His outdoor paving tile manufacturing company was destroyed by Russian attacks. A second company that imports central heating pipes became unsustainable because his main supplier was based in Russian ally Belarus.

Just three months after arriving in the UK, he has three new ventures.

He is also to import historic Hetman-branded vodka. Lviv-based Hetman is one of the largest producers of alcoholic drinks in Ukraine, with a history dating back to 1782 and a production capacity of more than 3.5 million bottles per month.

He plans to sell the products through online, physical retail and the hospitality trade.

A third business will help to relocate IT experts from Ukraine to safe European locations. Ukraine is one of the biggest providers of skilled IT experts in Europe – Fedir wants to help more professionals to move away from the war while supporting their families in Ukraine.

Fedir said: “The main thing is that we are safe but we don’t have any savings so I need to set up in business here.

“I know how to organise a company and build relationships with suppliers and clients. My idea is to import products from the west of Ukraine, where it is safer. There is a need for sunflower oil here and significant demand for Ukranian vodka.”

Fedir has faced challenges in setting up his business – not least finding a bank prepared to open a business account for him – but doors are now beginning to open.

“I need a lot of money to import vodka due to alcohol duty but I have found some people who want to help me,” he said.

“I am surprised and happy that so many local people want to help us in different ways. People are so open and friendly. We have been introduced to so many new people.”

Fedir speaks good English but is taking online lessons. He has been joined in Harrogate by his sister and 17-year-old niece, who have also found a sponsor home in the spa town.

“My first impression of Harrogate was it looked like a Harry Potter film, with all the old buildings,” he recalls.

Fedir fears that Vladimir Putin’s war with his home country, which has already claimed thousands of lives and displaced millions, may drag on into 2023 and beyond. He hopes his new venture can help the country to rebuild and recover.

He added: “The war has left many Ukranians unemployed. My business will be paying money into Ukraine and my hope is that will help local companies to employ more people.”