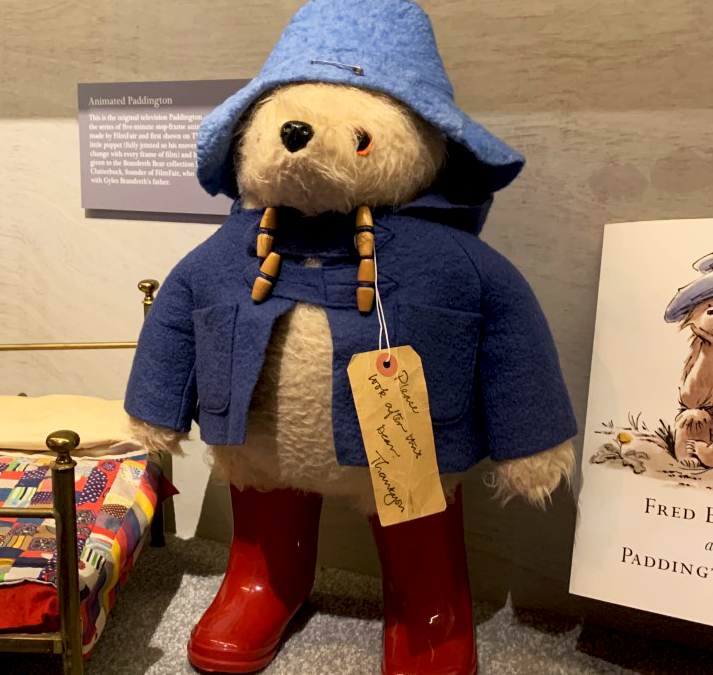 A Paddington Bear found abandoned more than 40 years ago has travelled from Italy to take up residence in the Bear House at Newby Hall, Ripon.

Jane Lazzeri found the Paddington lying in a brook while living as a child in Winslow, Buckinghamshire, in October 1983. Thames Valley Police were unable to trace the bear’s owner so Jane took him under her wing.

Jane, who moved to Pisa, Italy in 2007 taking Paddington with her, said: “The tag around his neck said ‘please look after this bear’, so I did.”

In an email to Newby Hall‘s owners, the Compton family, Jane explained that her Paddington Bear was an original Gabrielle Design, designed by motoring guru Jeremy Clarkson’s mother Shirley and handmade at a factory in Doncaster.

Jane said: “I was 13 years old and riding over a bridge near my home. I saw some shopping bags hidden below in the watery brook, so rode down to investigate.

“Paddington was together with an unusual collection of items, all brand new, which are listed on a police property record and subsequently raffled for charity as they were never claimed.”

In her email to Newby Hall Jane said: “My children have told Paddington about the Bear House at Newby Hall. They’ve shared stories with him of their numerous happy visits there, during many summers spent in Yorkshire, a county he himself originated from.

“Paddington would like to know if there could be room for him in the Bear House? He’d be able to chat to the other bears in English, his first language and take relief from the sweltering Mediterranean sun. Despite being Peruvian, he’s always preferred cooler climes.”

Jane’s Paddington is now living in the Bear House at Newby Hall – one of the world’s largest collections of famous teddy bears, which was gifted to Newby Hall Charitable Trust by broadcaster Gyles Brandreth.

Jane and her son, William, travelled from Italy to Newby to see their Paddington safely settled in his new home. Jane added: “He is special. No one has ever discovered who he was bear-napped from all those years ago and why he was abandoned in a watery brook, wrapping paper by his side.”

Stuart Gill, commercial director at Newby Hall, said: “How could we refuse Jane’s request – it’s a wonderful story that has taken her Paddington on his travels over 40 years. It’s great that he has returned to Yorkshire and made his home at Newby Hall.”

The Bear House collection was assembled by teddy bear enthusiasts Gyles Brandreth and his wife, Michele Brown, over many years. It is home to the original star of the Paddington 1970s animated TV series; Harry Corbett’s 1950s Sooty; Muppet Show stalwart Fozzie Bear (donated by Jim Henson); and the original Children in Need’s Pudsey bear.